With Gurugram’s population growing, ecological pressure has increased with the urban sprawl. The GRP project involved collaboration with various private and public organisations and stakeholders. One of the key highlights was the launch of a white paper on ‘Transformation of Najafgarh Basin’ on 14th December 2017. Prior to the launch of the white paper, a workshop was organised in August 2017 that brought multiple stakeholders, research organisations and corporates together to formulate a wetland conservation and regeneration strategy for the identified area.

Amidst several identified issues, public transport and safety/security were the major challenges in Gurugram. Various mass transit systems were operational over the past few years but didn’t achieve optimal efficiency. In order to address the problem of universal access and last-mile connectivity, DLF Foundation, in collaboration with more than 8 corporate offices, research organizations, RWAs and government authorities, organised a workshop: ‘Building Lives by Ensuring Sustainable Mobility’. One of the key aspects of the conference was the signing of two MoUs with ABInBev and Mobike. The Foundation promised to work within the domains of road safety and last-mile connectivity with the firms respectively. Project strategies were made with respect to the two issues, along with identification of hot spots in the city.

AQ monitors were installed in association with Atlanta Healthcare in four phases of DLF City, Gurugram, to promote low carbon mobility and monitor the air quality in the identified areas.

In order to deploy decentralised liquid and solid waste management strategies, DLF Foundation worked in close coordination with the RWAs and Green Bandhu. As part of the pilot project, Green Bandhu implemented the system in the residential part of DLF Phase 1.

Biodiversity mapping of The Magnolias and nearby areas of DLF City, Gurugram

BNHS, with support from DLF Foundation, was involved in numerous projects to greatly impact the biodiversity of the city. The vision was to conduct baseline surveys around the city to get a basic idea on the species diversity of plants, birds, mammals and butterflies. The study was part of a multi-pronged approach targeting local sites and dynamically enhancing their ecosystem services.

This plan was holistic and reflected an integrated approach to conservation which resulted in a bio-smart and greener city.

Gurugram is one of the fastest growing metropolitan cities in India. It witnessed urbanisation at an annual growth rate of 119% between 2001 and 2011 (Urban Mass Transit Company, 2010). Gurugram is considered a pioneer model of public-private partnership in land development projects across the country. Due to proximity with the Delhi airport and National Capital Territory, and being situated right on the National Highway-8, the city is very approachable for residential, commercial and tertiary sector industrial developments.

DLF Foundation, in collaboration with AB InBev, undertook the task to form an organisation for Safer Roads for Gurugram (SRFG). Under this initiative, a public awareness and education outreach program was carried out during Road Safety Week from 23rd April 2018 to 30th April 2018 with operational support from the SRFG working group organizations – DLF Foundation, AB InBev and Ola Cabs, and implementation support from Safe Road Foundation, Indian Road Safety Campaign and AIIMS.

DLF Foundation worked towards an initiative on improving the air quality in DLF areas. While there are localised and non-localised factors that contribute towards air pollution, we looked into and worked towards the local factors which were in our direct control. We installed air quality monitors in July 2017 in association with Atlanta Healthcare and started actively monitoring the air quality August 2017 onwards. While we installed these monitors at several places, we picked the DLF Golf Course installation as the pilot case to undertake on-ground initiatives which helped lower the air pollution levels. Using the monitoring systems, we kept a check on the impact of some of these initiatives on improving air quality.

An initiative by Tabono Sports in association with DLF Foundation

The 3rd edition of HDFC Bank Millennium City Marathon held in Gurugram witnessed more than 5,000 participants. The marathon saw participation from across age groups with numerous senior citizens as well as youngsters participating. The marathon was a joint initiative by Tabono Sports & Events and DLF Foundation.

It was an initiative to bring the diverse people of Gurugram together on a platform of health to create awareness about the importance of fitness and above all, to feel a part of the same city that is home to all of us. Almost 50% of the participants from the 5 km run category were first time runners. This goes to prove that more and more people are taking up running as a part of their fitness regime.

Fleet Forum’s ‘Driving to Gold’ programme offers a comprehensive solution; driving skills is part of the programme. However, it is not the only intervention as road safety awareness and physical and mental well-being of drivers in India is an equally important part of the driver profile.

DLF5 hosted the first ‘Mission Stop Dengue’ workshop at DLF Park Place organised by DLF Foundation and Medanta Hospital. The event was held at Club Vita, adjacent to the luxury condominium. This marked the first of several dengue awareness drives that DLF Foundation and Medanta organised at various DLF5 residential and commercial properties in the coming weeks. The session received tremendous participation from the residents of DLF Park Place.

On 14th October 2017, Senior Citizen Rejuvenation Centre was opened at DLF Community Centre, DLF Phase 2, Gurugram. The centre was a tried-and-tested service concept of Dignity Foundation, an NGO working in the field of ageing in India for the past 21 years in 7 cities – a concept that has been very successful in 30 other centres across India. Its Delhi-NCR chapter, which was inaugurated in July 2017, was invited by DLF for starting activities of relevance to the senior citizens of Gurugram. Col. Prakash Tewari, Executive Director, DLF Foundation, championed the cause of senior citizens in Gurugram, and was the principle catalyst in setting up this centre at DLF Community Centre, Phase 2. Gurugram Municipal Commissioner was the chief guest in the inaugural event and promised a number of extended facilities for senior citizens.

DLF Foundation, under our Model Village Project, undertook several infrastructure development projects for the improvement of Tikli village. The objective was to convert the village into a smart village modelled on Sansad Adarsh Gram Yojana of the Government of India. Tikli is located near Badshapur in the Gurugram, district of Haryana. It has a population of around 10,000 people.
After undertaking a thorough review, study and onsite visits of existing models, we were prepared to set a benchmark for social and economic development model in a rural location, primarily with an agri-based rural economy to create a DLF Model Village project in Tikli. We used DLF’s own set of parameters in reference to the Human Development Index and Sustainable Development Goals. 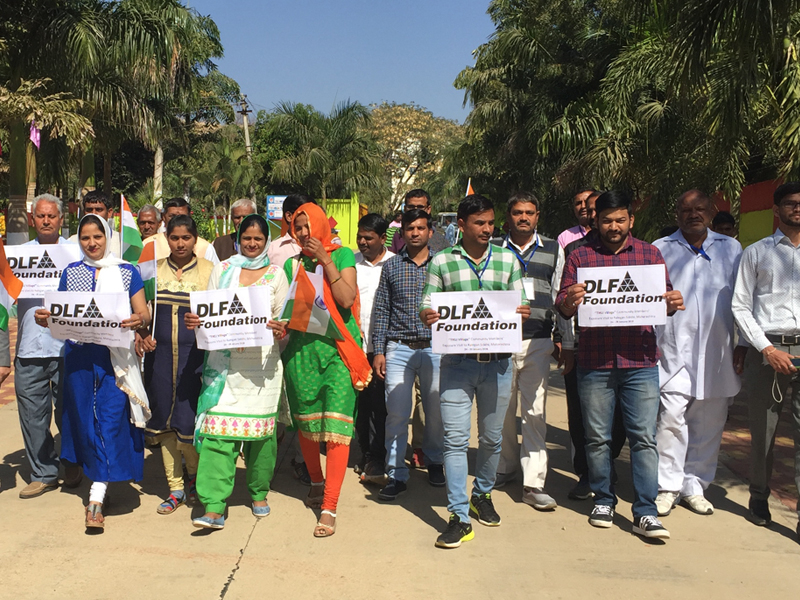 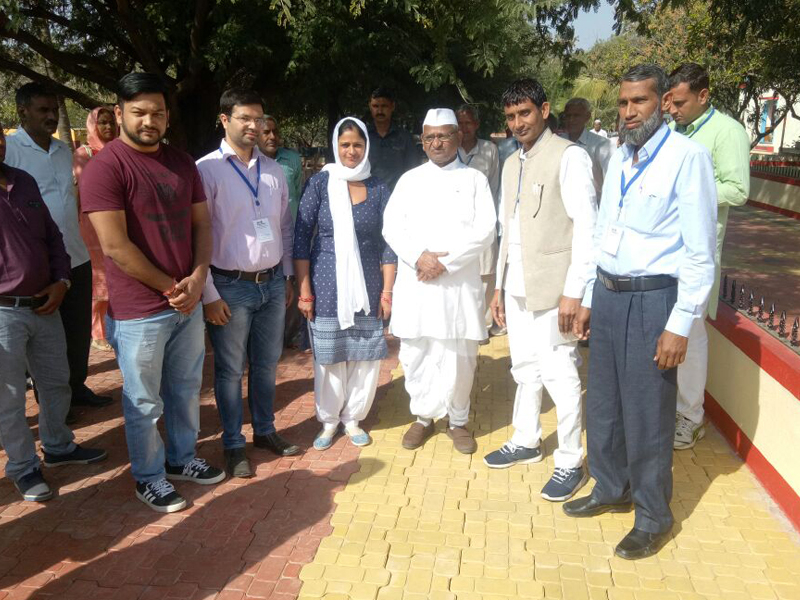 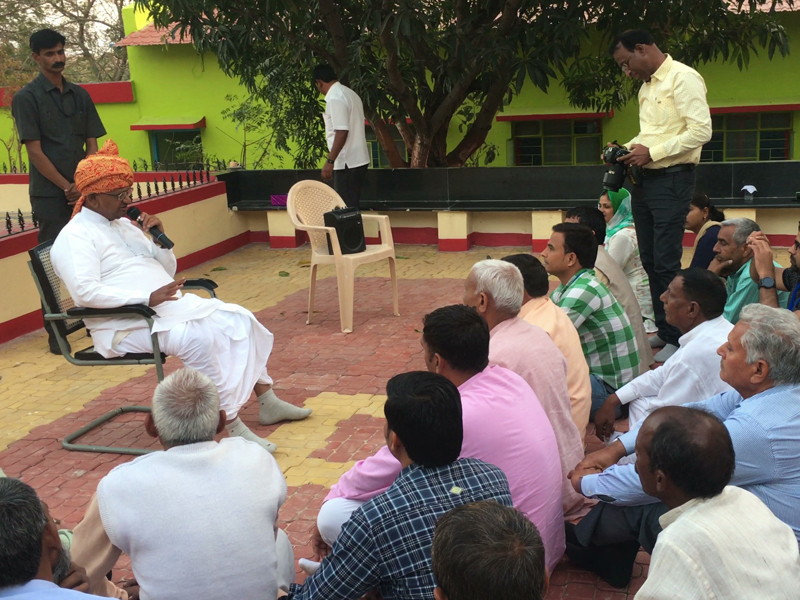 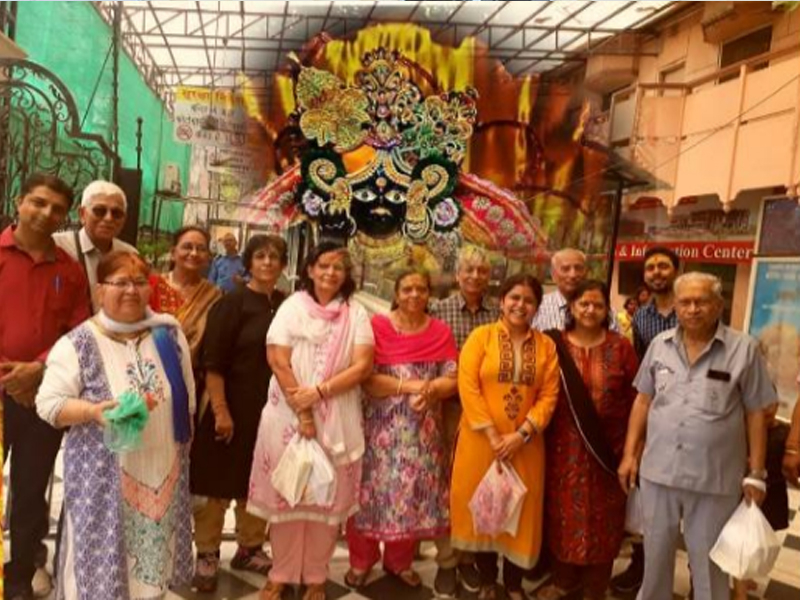 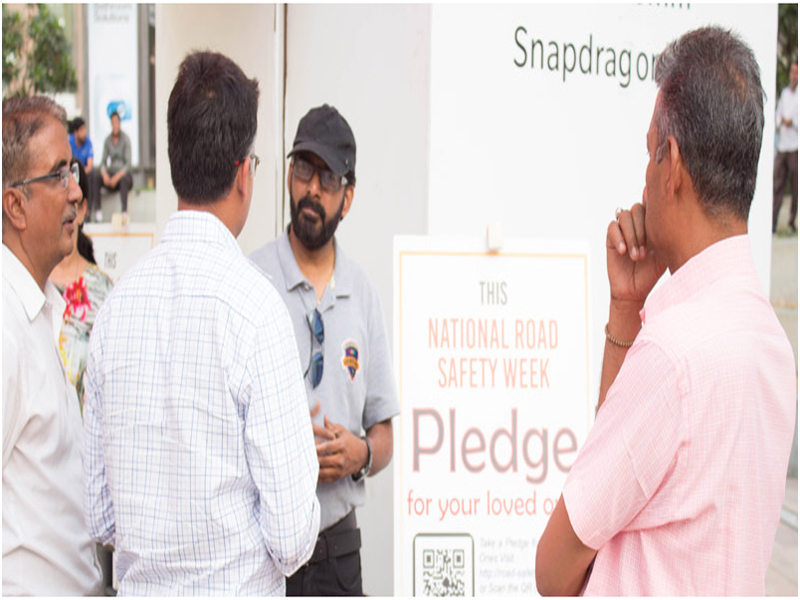